Chuck and Marie wanted their NYC elopement to be a day for themselves: a simple ceremony, intimate vows against a bold city backdrop, and then a family dinner at one of their favorite restaurants.

The couple envisioned a celebration all of their friends and family from high-school to college to grad school and beyond to join from all across the county to share an unforgettable slice of pizza (or two or three)...

“Alyssa & Nathan were an adventurous couple who wanted to check out a downtown space that was new to them as part of their engagement session. A new wine bar, piggy backs on the street, ivy walls and bistro lights made for a variety of perfect backdrops and a super fun evening!“ 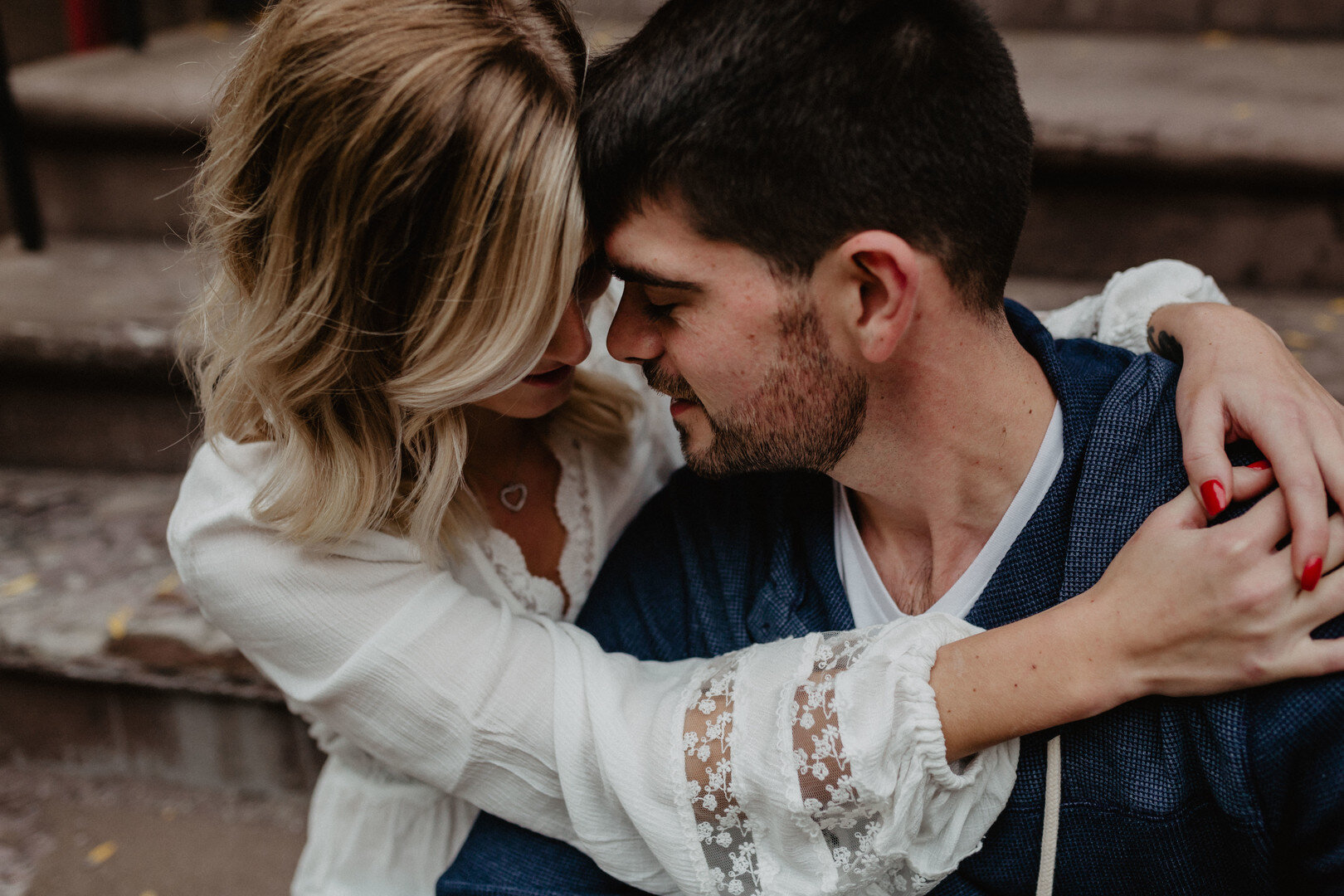 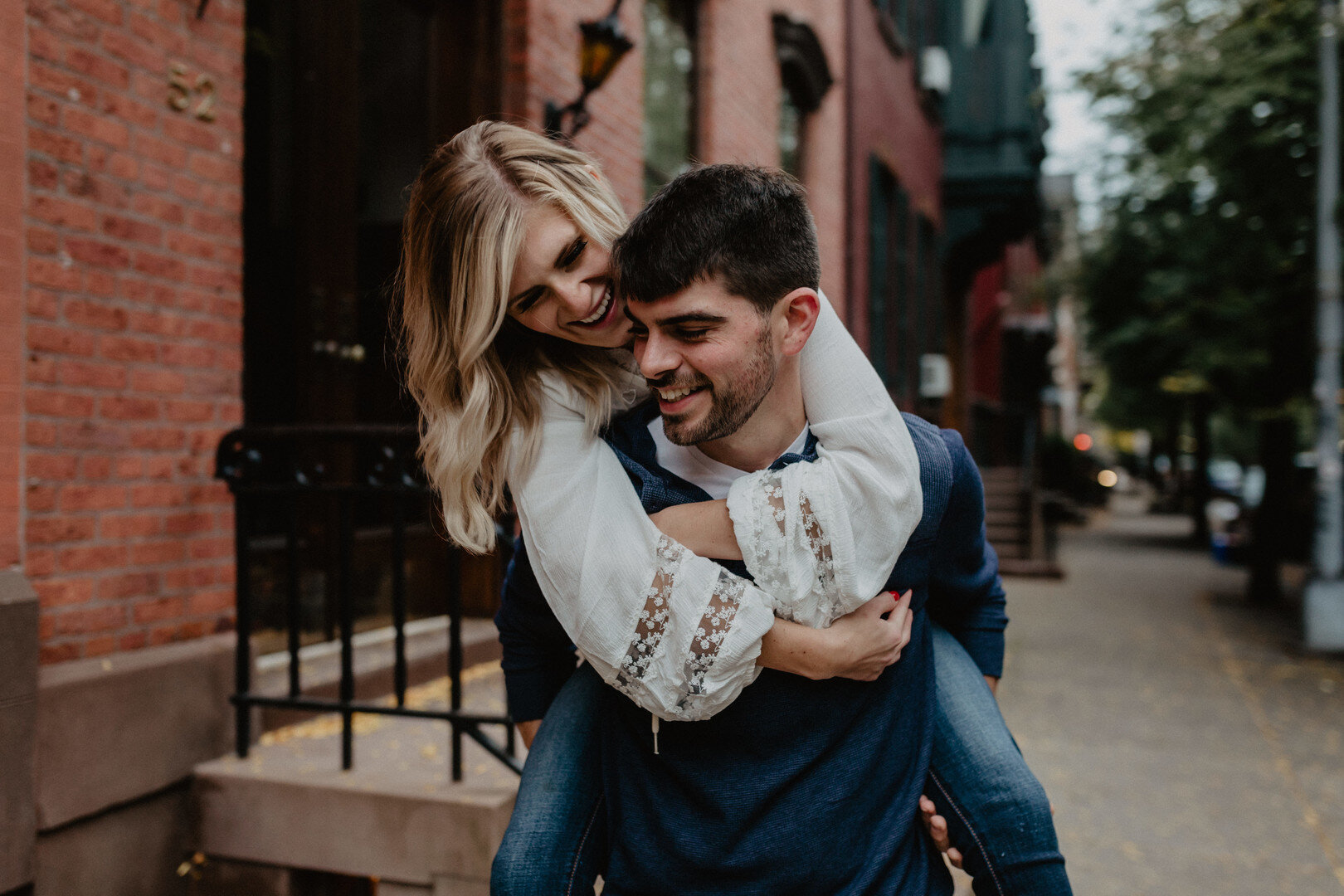 How did you two first meet?

We met at a Jets football game at MetLife Stadium. We both were with separate groups of friends on a bus trip down to the stadium. While tailgating with our separate groups Nate approached me and told me I as beautiful. To which I responded by giggling and walking away because I was drunk! We didn’t sit near each other during the game so on the bus ride home he asked me my name. We didn’t talk much at all that entire day but definitely continued to steal glances of each other, but both didn’t act on the attraction. He found me on Facebook later the next week and we finally started to talk and eventually went on our first date.

What makes your relationship unique?

We are definitely foodies. Nate is a chef and we enjoy cooking and baking together. We also do a great deal of eating out to try new restaurants. We both value the meaning behind a loving relationship and know that it doesn’t always come easy but we have no problem putting the work into it. 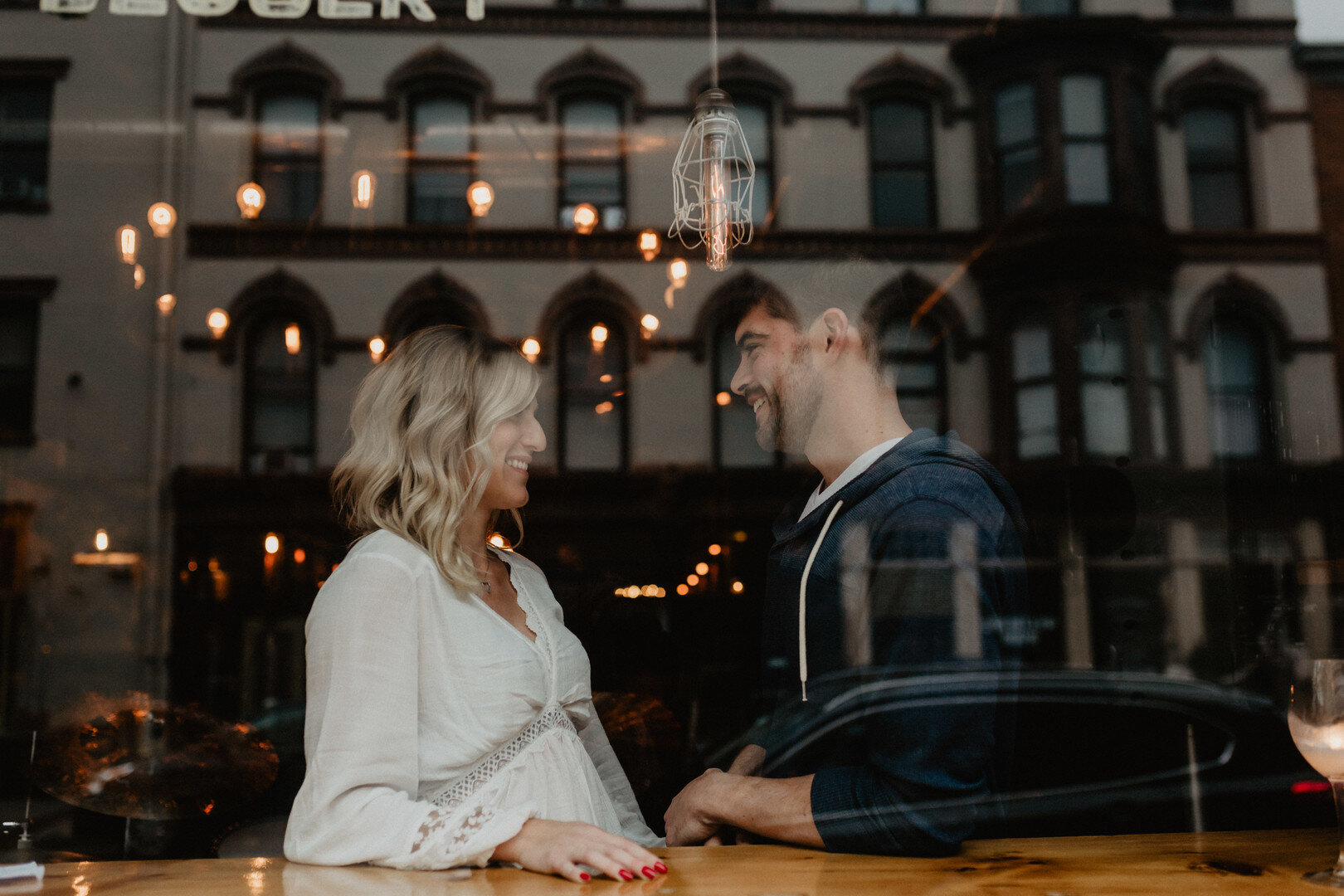 How did you know your partner was the one?

I can’t pinpoint an exact moment, but his personality blew me away. He was always very understanding and patient. He will do anything for anyone. I always call him a mush. He is the emotional one and at first this bothered me. He was too affectionate for me. I realized this was my own insecurities at the time and he was always so great with my reactions to him. He just always knows what to say.

Give us all the details about the proposal!

He proposed to me in Mexico on valentines day. We were there for vacation and planned an excursion that day to climb the Mayan ruin Coba. We hiked up to the top of this ruin in the intense heat and humidity, Nate while wearing our heavy back pack full of stuff including the engagement ring. I had no idea this was happening that day but I did have a feeling it may happen on the vacation. Once we got to the top I was so exhausted and sweaty all I wanted to do was sit in the shade. Nate wanted top take a picture and i remember telling him cant we just relax first! He insisted and gave his phone to a woman to take our picture at the top. He then got down on one knee, everyone at the top clapped and yelled, it was pretty amazing. We then get his phone back from this woman and she didn’t get a single picture of him actually proposing! Just a few poses right before the actual proposal. 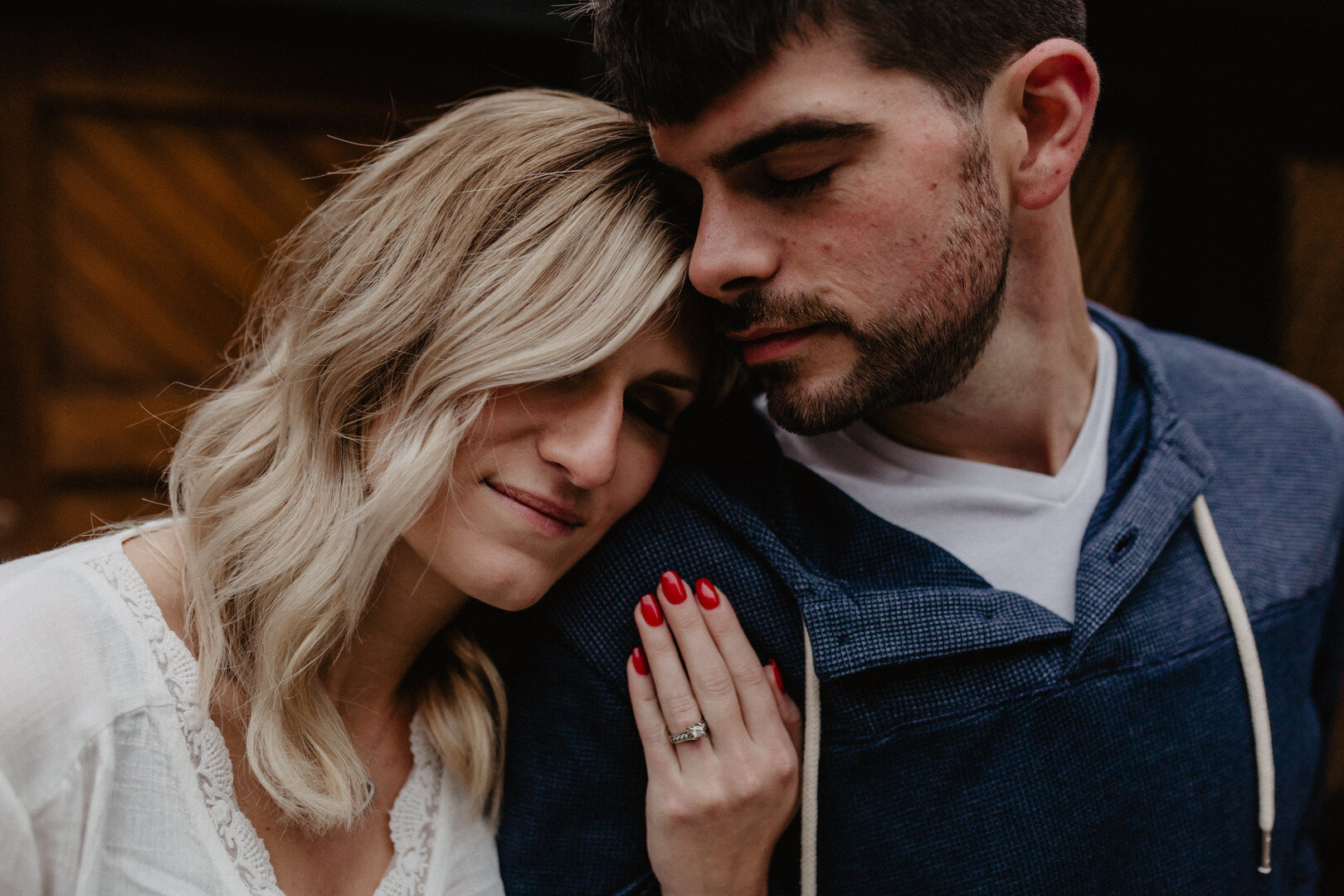 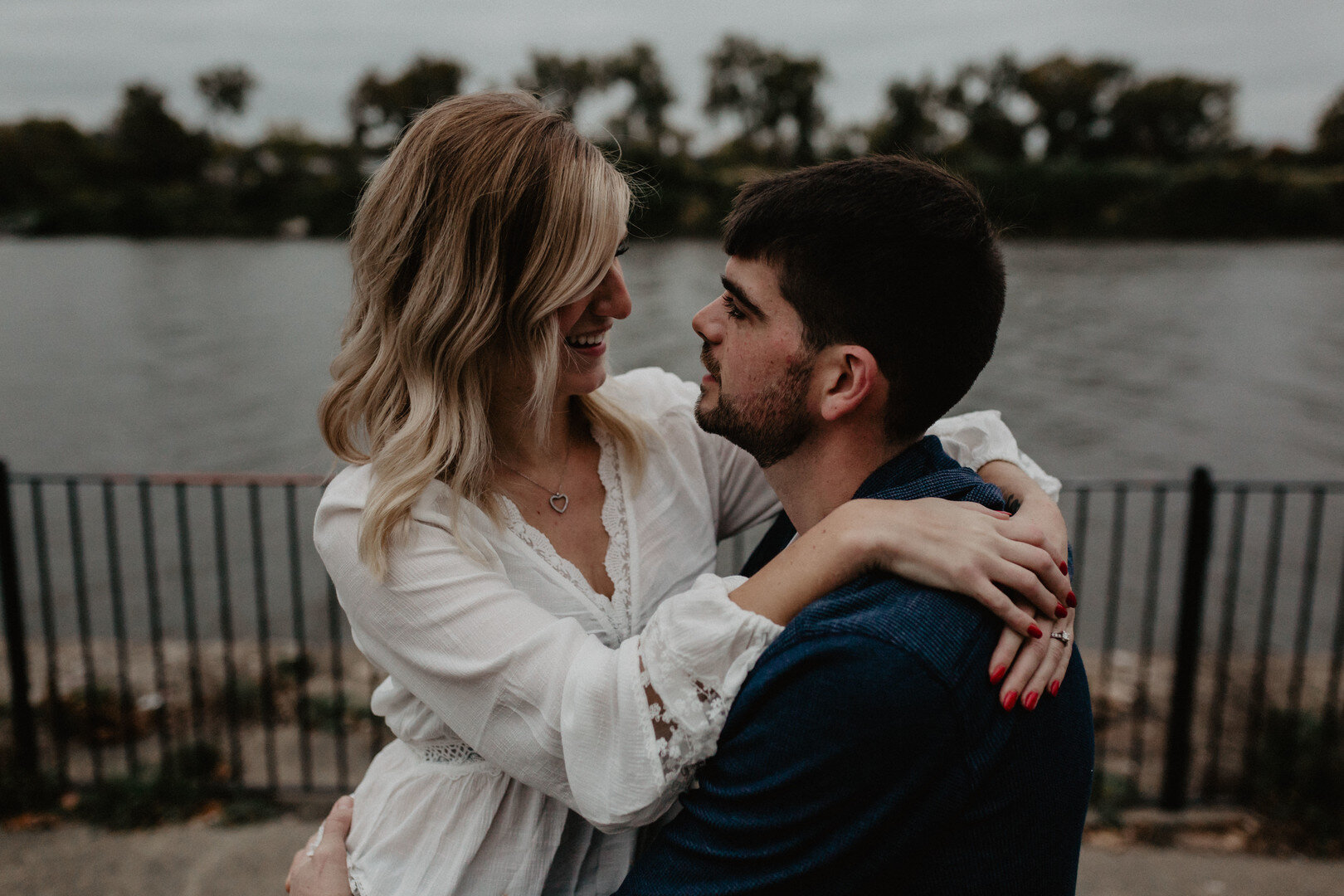 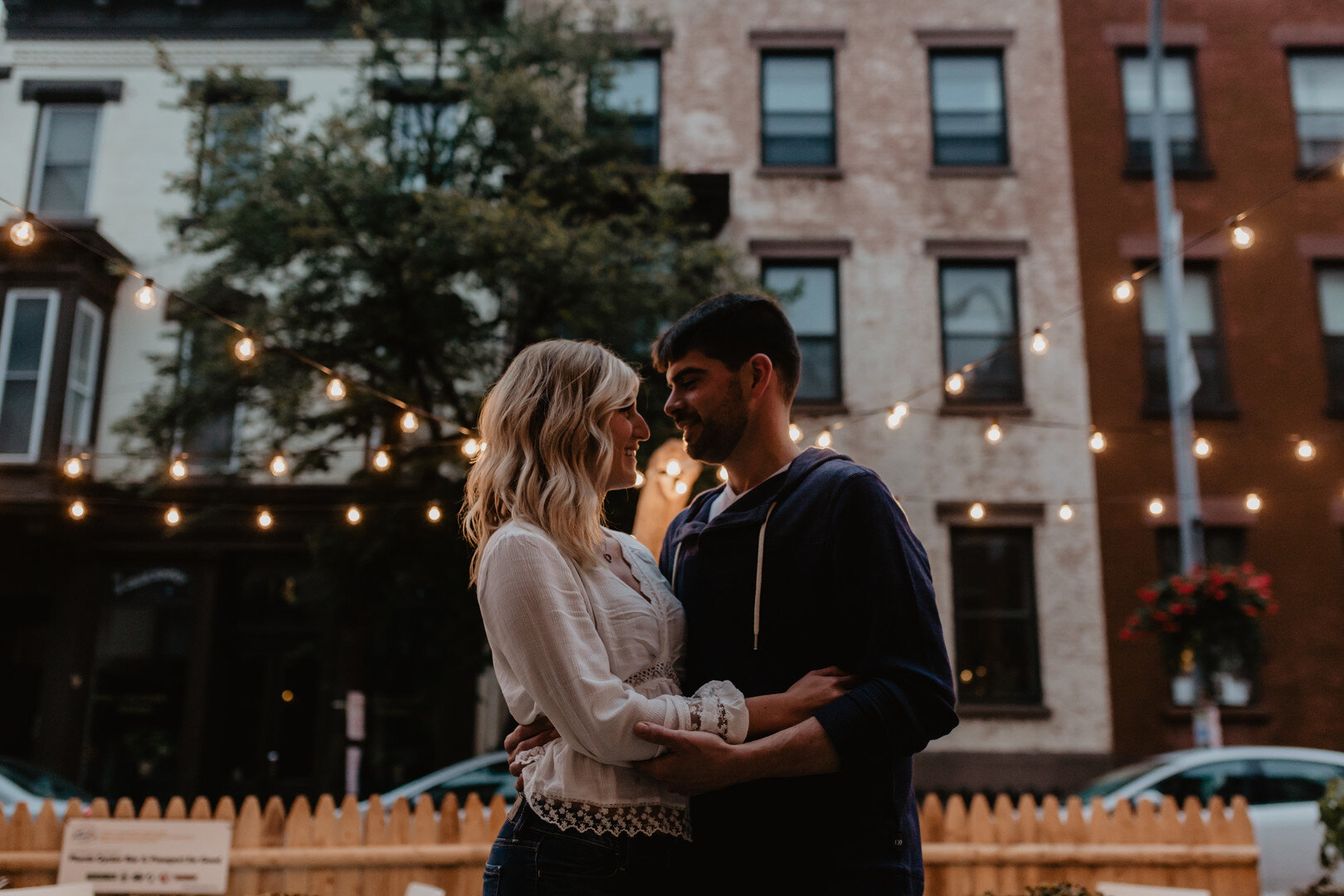 EMAIL US
BLOG
MAGAZINE
About
Home